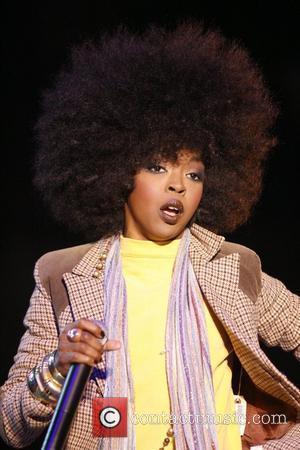 Devotees have been eager to hear new material from the singer, who is married to Marley's son ROHAN, for years, and she decided the benefit concert in Addis Ababa would be the perfect place to show off new tunes.

Hill's appearance onstage was largely unannounced, although much was made of the singer's trip to Ethiopia in the local press.

Among the short acoustic set she played, Hill performed new tunes WALK and POLITICIAN'S SPIRIT publicly for the first time.

After her performance Hill said, "I learned a lot from this trip. It was purposeful. I only decided to perform at the last minute. I think I underestimated the need for black people to see other black people walking in confidence and truth."