Pregnant Lauryn Hill's long-term on/off partner Rohan Marley insists he is not the father of her baby. 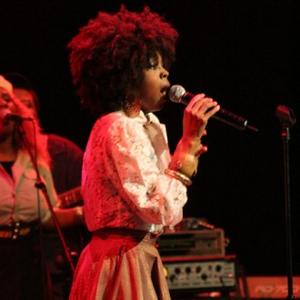 Rohan Marley insists he is not the father of Lauryn Hill's unborn baby.

The former Fugees singer recently announced she is expecting her sixth child but the entrepreneur - who is the father of her other kids - says the tot is not his.

He tweeted: "2 things. I'm not married and I don't have anyone expecting anything. (sic)"

A reporter then responded to him, asking: "So we are clear. 1.) You're not married to your ex-wife or Lauryn, and 2.) She isn't preggo w/your child, but someone else's? (sic)

Rohan then responded, saying: "That is correct until I say out of my mouth to the contrary."

The tweets have now been removed from his page on the social networking website.

Rohan has never divorced wife Geraldine Khawly - who he has a son and daughter with - but has had an on/off relationship with Lauryn since 1996.

The 'Ready or Not' hitmaker - who already raises Zion David-Nesta, 13, Selah, 12, Joshua, nine, John, seven, and three-year-old Sarah with Rohan - announced her pregnancy at the end of her concert at Detroit's Chene Park on Saturday night (04.06.11).

She told the crowd: "I'm going to be taking time off to give birth."

It is thought Lauryn, 36, is in her second trimester and will have the baby later this year.

Two months ago, Lauryn told the audience at one of her shows: "I keep having these children. I don't know if I'm the most fertile woman In America."