Lauryn Hill could face up to three years in jail after pleading guilty to tax evasion in New Jersey today (29.06.12). 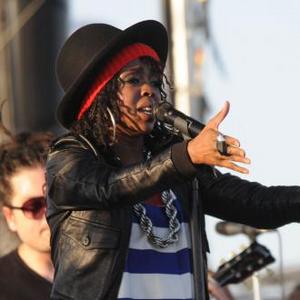 The 37-year-old singer appeared in federal court in Newark, New Jersey today (29.06.12) to admit she failed to file returns between 2005 and 2007, despite an income of more than $1.8 million from recording royalties.

She will face sentencing in November.

This is the second legal wrangle Lauryn - best known for her work with the Fugees and solo album 'The Miseducation of Lauryn Hill' - has faced in recent years.

Lauryn found herself in a legal wrangle after her former fashion consultant accused her of stealing clothes.

Company Via Davia Vintage claimed in 2011 the former Fugees star took the majority of a ''wardrobe of high fashion items'' from them after they agreed to provide them for her 2007 tour of Europe.