The singer was more than 2 hours late to her Atlanta concert.

Lauryn Hill has outraged her fans once again by showing up to a concert more than 2 hours after her scheduled time. It's not the first time the R&B star has left fans waiting around, but this time one fan confronted her about it. 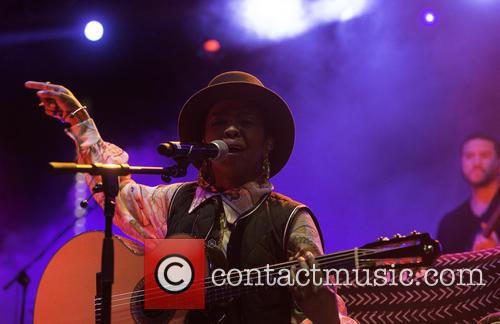 Lauryn Hill refused to apologise for her late arrival

40-year-old Hill arrived at Chastain Park Amphitheatre in Atlanta on Friday (May 6th 2016) more than 2 hours late, which meant that she only ended up performing for a mere 40 minutes before the theatre insisted they needed to close the doors at 11pm. Despite the fact that her presence was met with some hearty boos from furious fans, Hill appeared unapologetic for her lateness.

One concert-goer managed to confront Hill after the show about why she left fans waiting for such a long time. 'My driver got lost, I can't control that', she said in the video the fan managed to shoot. She was accused of being 'unprofessional' and when she was asked why she didn't stick around after she was available for the soundcheck at 4pm, she just said 'That's not how I do it'.

NOT him dragging Lauryn to her face. She deserved it though! pic.twitter.com/zEuYUbnWoE

Hill may have lost herself a few fans with her so-called unprofessionalism. 'I'm still so pissed about [Friday] night; I can't let it go', a fan ranted to New York Daily News. 'The music was good, but I was too pissed to enjoy it.' On the reason for Hill's lateness being that her driver got lost, the fan continued. 'She doesn't have GPS? Come on', she said. 'I don't care what her excuse was, unless she was dying or sick.'

The singer disappointed fans earlier this year by failing to show up to the Grammys to perform with the The Weeknd, despite the fact that she attended the dress rehearsal just hours beforehand. Her representatives insisted that her performance was announced without the singer's approval.