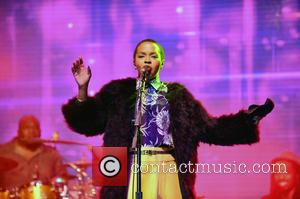 Singer Lauryn Hill was booed by fans at a gig in London on Saturday night (20Sep14) after she turned up 90 minutes late and performed a set which was reportedly riddled with problems.

The former Fugees star kicked off a run of five shows in the U.K. with a concert at Brixton Academy in the British capital, but she infuriated the audience by taking to the stage an hour and a half behind schedule.

Hill then became a trending topic on Twitter.com as fans went online to complain about the sound at the show, while audience members also accused the singer of changing the arrangements of her songs so drastically that her hits were barely recognisable.

She is due to play in Birmingham and Manchester, England before ending her tour in London on 29 September (14).