Lauryn Hill has begun her three-month prison sentence for tax evasion at the minimum security Federal Correctional Institution of Danbury in Connecticut. 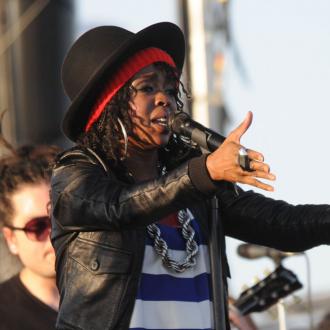 The 'Doo Wop (That Thing)' singer was sentenced in May this year for failing to pay tax on $1.8 million of her earnings between 2005 and 2007. Her sentence also took into account income and tax losses for 2008 and 2009, taking the total to approximately $2.3 million.

Lauryn reported to a minimum security Federal Correctional Institution of Danbury in Connecticut, where she will serve her sentence yesterday (08.07.13).

While in prison the 38-year-old star will be expected to work in the kitchen and gardens, and sleep in a dormitory with other inmates.

According to TMZ.com, the singer's first meal as a jailbird was ''tasty BBQ pulled pork with a side of carrots, peas and sweet potatoes,'' with either juice or milk.

After she has served her time in jail, the former Fugees singer will be under parole for a year, with the first three months under house arrest.

Lauryn had pleaded guilty to the charges against her, but had her initial sentence of a year reduced after she asked for leniency because of her charity work and estrangement from the music industry. She also paid $970,000 of tax bill.

In a blog post last week Lauryn railed against the US justice system, referring to her sentencing judge, Madeline Cox Arleo, as a ''grotesque slave master''

She also wrote: ''I shuddered during sentencing when I kept hearing the term, '[You must] make the IRS [Internal Revenue Service] whole'. Make the IRS whole, knowing that I got into these very circumstances having to deal with the very energies of inequity and resistance that created and perpetuated these savage inequalities.''