She was due to perform 'In The Night' with The Weeknd at Monday night's Grammys, but apparently cancelled just minutes before she was due on stage.

The president of the Grammy Awards has expressed his “disappointment” at Lauryn Hill’s dramatic last minute no-show at last night’s awards ceremony, where she had been expected to take to the stage with The Weeknd.

The former Fugees singer, who hasn’t released an album in nearly two decades since her massive 1998 record The Miseducation of Lauryn Hill, would have a surprise, unannounced addition to the nationally televised show last night, but she apparently pulled out of the duet just moments before she was due to go on stage with the ‘Can’t Feel My Face’ singer. 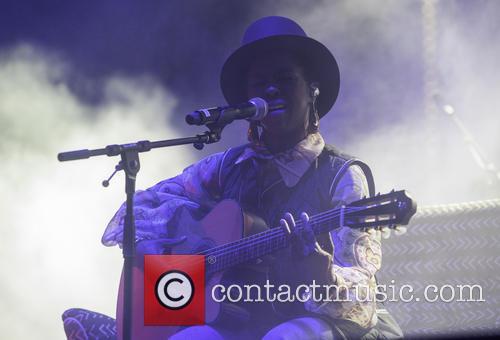 He added that Hill had even attended a dress rehearsal on the morning of the event (Monday February 15th), but that she didn’t return in time for the real thing. “She was there for it, completed it and left the building… …and then she did not get back in time to make the show. I’m sorry, that’s the bottom line. That’s the truth. That’s unfortunate. I guess those things happen.”

However, representatives for the ‘Everything is Everything’ singer dispute the facts of Portnow’s claims, releasing a statement of their own on Tuesday morning saying that the appearance was never confirmed.

“The Grammys announced a performance by Ms. Lauryn Hill prematurely and without approval. Ms. Hill had concerts all weekend, leaving no time to prepare, and was uncertain she would even be able to make it to L.A. in time to rehearse for the event,” the statement given to People read.

“Any performance that could have happened was never confirmed, and should not have been advertised as such. Ms. Hill was invited to do a collaboration with an artist she appreciates. The performance was intended to be a surprise and unfortunately due to its last minute nature, was unable to come to fruition.”

Portnow replied, however, that “none of that statement is accurate”.

As for Rihanna’s absence through illness, Portnow was much more understanding. “We always regret when that happens because we know that she wants to be on the show and singing rather than taking antibiotics and not being able to sing for a few days. We just hope that she’s feeling better.”