Actor Laurence Fishburne Is In Talks To Return To The Director's Chair For The First Time In 15 Years To Take Charge Of A Movie Adaptation Of Paulo Coelho's Bestselling Novel The Alchemist. 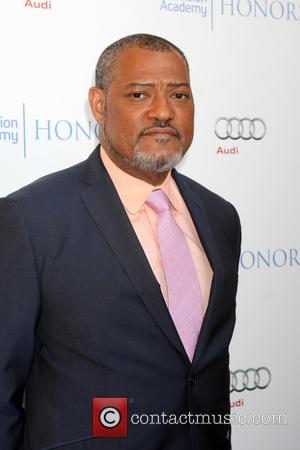 The Matrix star has been keen to work on a film version of the 1988 book, about a young man on a quest to find hidden treasure in the Egyptian pyramids, for years, after acquiring the feature rights following a failed deal between the Brazilian author and executives at Warner Bros. back in 1994.

Movie mogul Harvey Weinstein announced he would personally produce Fishburne's passion project back in 2008, and after encountering financing issues, it appears they are now finally ready to move forward with the movie.

Pacific Rim star Idris Elba is in negotiations to take on a leading role, according to Deadline.com.

If Fishburne signs on as director, it will be his first as a filmmaker since his debut behind the camera in 2000 crime drama Once in the Life.

Weinstein is hoping to begin production on The Alchemist next year (16).