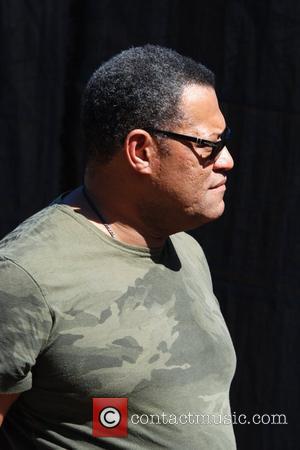 Executives at a Hollywood production company have filed a lawsuit against an insurance company after SAMUEL L. JACKSON dropped out of a new movie - and they were forced to hire Laurence Fishburne instead.
Producers at Capitol Films U.S. hired the Pulp Fiction star to take the lead role in Black Water Transit, but Jackson dropped out after suffering an unspecified back injury.
The movie bosses wanted to scrap the crime thriller altogether, but allege they were forced to recast the role and continue with the project as their insurance policy didn't cover appropriate production losses.
They subsequently hired CSI: Crime Scene Investigation star Fishburne to appear in the movie, but have filed suit against insurance company AON, according to TMZ.com.
The legal papers, filed at Los Angeles County Superior Court, allege Capitol lost more than $20 million (£12.5 million) in the wrangling over the movie.