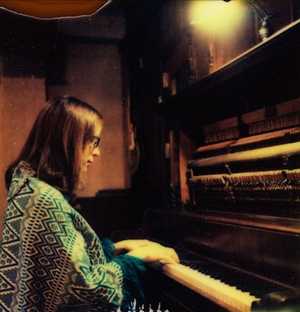 One of the most inimitable songwriters of the past decade - Portland, Oregon's Laura Veirs - returns with her ninth full-length album in August. Beautiful, lush and at times deeply dark, Warp and Weft captures the intensity of motherhood, love and violence. Primarily electric-guitar driven, it is a fever dream of an album and could well be Veirs' best work to date, building on the uniform praise and commercial success of 2010's "July Flame". Follow the link below to check out 'Sun Song', the album's opening track, which features Neko Case on backing vocals.

The recording of 'Warp and Weft' (a weaving term) was a community effort. Produced in Portland in March 2013 by Veirs' longtime collaborator Tucker Martine, the album features Jim James, KD Lang, Neko Case, Brian Blade and members of The Decemberists and many more.

Veirs sings not only of mid-winter suns, white blossoming cherry trees and melting ice, but also suicide, gun violence and war. She weaves threads of old folk songs including "Motherless Children" as well as stories of folk-art hero Howard Finster and jazz harpist Alice Coltrane. "I think of this record as a tapestry where disparate elements come together and are stronger and more lovely as a result," says Veirs.

Veirs was eight months pregnant with her second child during the recording; she says her experience as a mother brought about some of the more beautiful and painful songs. "I'm haunted by the idea that something terrible could happen to my kids but that fear pushes me to embrace the moment. This record is an exploration of extremes - deep, dark suffering and intense, compassionate love."

Warp and Weft will be released Monday 19th August 2013 on Bella Union. 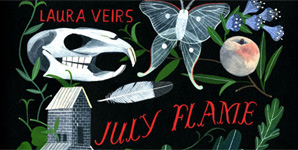