Laura Marano cast in A Sort of Homecoming

Laura Marano is set to take on the lead role in indie-comedy 'A Sort of Homecoming' as a shy news producer's teenage self. 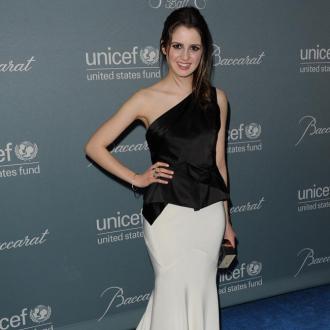 Laura Marano has signed on to star in 'A Sort of Homecoming'.

The 18-year-old actress currently appears in Disney series 'Austin and Alley' where she plays a shy songwriter, and she is set to take on a similar character in the upcoming indie-comedy, according to Variety.com.

The film will follow a successful yet withdrawn news producer who has problems with confidence because of a high school national debate tournament she took part in, and Marano will portray the producer during her teenage life in a story of love loss and friendship.

'A Sort of Homecoming' will be produced by Marcus Brown, Lynn Reed and Yvette Brown and Maria Burton will direct.

Marano has had small roles on 'Ghost Whisperer', 'Medical Investigation', 'Huff' and 'Joan of Arcadia'.

She then landed bigger part in crime series 'Without A Trace' as daughter of detective Jack Malone and in the 2007-2008 series 'Back to You' as Kelly Carr's child alongside 'Frasier' and 'Cheers' actor Kelsey Grammar, and Everybody Loves Raymond's Patricia Heaton.

Laura Marano cast in A Sort of Homecoming