Laura Izibor (born 1987) - Laura Izibor is an Irish R&B singer, who achieved public recognition when she won the Hope for 2006 award at that year's Meteor Music Award ceremony. That same year, she also performed at the Electric Picnic festival as well as the Music Ireland '07 event the following year.

Childhood & Starting Out in Music: Laura Izibor was born in Dublin, Republic of Ireland, to a working-class family. She became interested in music as a teenager, warming to the likes of Stevie Wonder and Candi Staton. Like Amy Winehouse, Laura has also stated Donny Hathaway as an influence on her songwriting. There have been comparisons between Laura's music and that of Corinne Bailey Rae.

Izibor was just 15 years old when she won a national performing contest, the 2FM Song Contest. She worked on her songwriting for a couple of years and travelled to Atlanta, Philadelphia and New York to record her debut album when she turned 17. During this time, Izibor performed live extensively, opening for acts such as James Brown, The Roots and Angie Stone. In Ireland, she has become affectionately known as 'The Soul Of Ireland.' She was also selected to open John Legend's 2009 tour.

Music Releases: In 2007, Laura Izibor released the 'Live From Crawdaddy EP.' Laura's single 'Shine' was used on the soundtrack for The Nanny Diaries, a 2007 film that starred Alicia Keys and Scarlett Johansson. The same track was later used on Irish TV on an advert for Aviva. 'Shine' was released as an EP in 2008.

'From My Heart To Yours' was also featured in an episode of the popular US TV series Grey's Anatomy. The single was released as part of an EP in 2008.

Laura's tracks have also been featured in the films P.S. I Love You, starring Lisa Kudrow and Why Did I Get Married? with Tyler Perry, Jill Scott and Janet Jackson.

Laura Izibor's debut album, Let the Truth Be Told is set for release in 2009. Izibor wrote the material on the album, as well as co-producing the tracks. 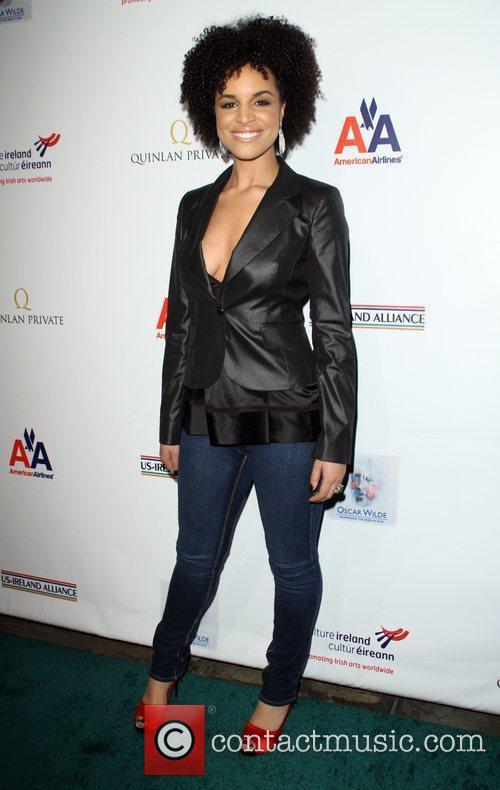