Laura Haddock has a new man

Laura Haddock has reportedly struck up a romance with Tom Rhys-Harries, almost a year after she legally separated from ex-husband Sam Claflin. 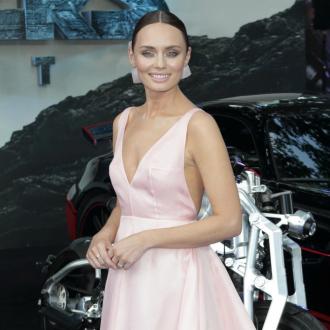 Laura Haddock has reportedly struck up a romance with Tom Rhys-Harries.

The 34-year-old actress is thought to be romancing fellow actor Tom, whom she met on the set of Netflix series 'White Lines', where they played siblings Zoe and Axel Collins.

An insider told The Sun on Sunday newspaper: ''The couple have been spending a lot of time together in London and are really loved-up.

''They've been hanging out a lot and are keen to shoot another series together. Laura has been in touch with Netflix regularly.

''She's introduced Tom to all her friends and sees a future with him despite being seven years younger.''

Laura's rumoured romance with Tom, 27, comes after she legally separated from her ex-husband Sam Claflin - with whom she has son Pip, four, and daughter Margot, two - in August 2019.

Sam announced the news on Instagram at the time, writing: ''Laura and I have decided to legally separate. We will move forward with nothing but love, friendship and a deep respect for one another, whilst we continue to raise our family together.

''We won't be commenting on this further. Thank you in advance for your support and respecting our privacy at this time.

The shock split comes after Sam, also 34, said in 2018 he believed it was fate that brought him and Laura together, after they met in serendipitous circumstances while he was auditioning for a role in the 2011 drama 'My Week with Marilyn'.

Sam - who was auditioning for the role of Colin Clark, which was ultimately handed to Eddie Redmayne - recalled: ''It was an audition ... I'll still never forgive Eddie Redmayne for stealing the part. But I did meet my wife, so I can't complain.

''It was for the film 'My Week with Marilyn' and it was like my fourth recall, I was always reading with the same girl, same girl ... and this one time, this one particular recall, my now-wife was sat there. Beautiful. I mean, honestly, Hollywood ... stunning.''

Despite not even knowing her name, Sam immediately fell in love with Laura.

The 'Hunger Games' star explained: ''I, in that moment, knew that I wanted to marry her and I called my agent and told him, 'That's the woman I'm going to marry.' He said, 'No, how did the audition go?' I was like, 'No no , you don't understand. This is fate.' I didn't even remember her name at the time. I do now.''

Laura Haddock has a new man