The National and New Order join them for the 2016 event.

The headliners for this year's Latitude Festival have finally been announced and it's definitely looking like the 11th edition is not one to be missed. Returning to Suffolk this summer, Latitude will bring with it a stunning line-up led by The Maccabees, The National and New Order on their main stage.

Latitude 2016 will arrive at Henham Park In Southwold, Suffolk for a fun-packed weekend this July with the Obelisk Arena bringing with it a few welcome familiar faces and a bunch of first-timers too. First we have The Maccabees, who will be returning for their very first major festival headline gig on the Friday having just last year released their first UK number one album 'Marks to Prove It'.

'Latitude is the first major headline slot in our fourteen year existence and the culmination of the year spent touring 'Marks To Prove It'. We're intending on it being a celebration of it all', said the band in a statement. 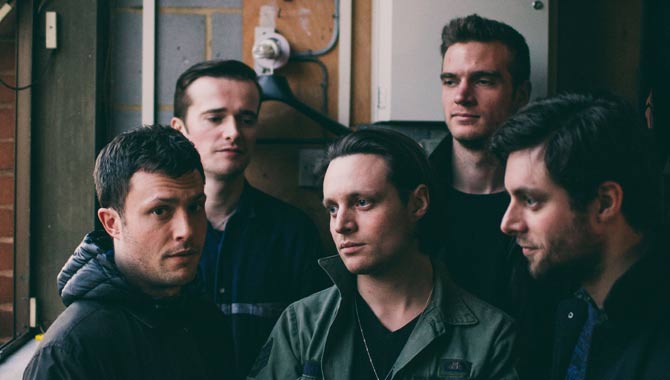 The Maccabees are returning to Latitude

Another returning group is Saturday's headliners The National, who previously topped the bill at Latitude in 2011. These Ohio boys won't be doing another UK festival this year, though they will be doing the nearby Longitude Festival in Dublin, Ireland.

'Latitude has been one of our favorite festivals ever since we barely made it to play in 2006 (Cold War Kids lent us their instruments as we arrived mid set having been stuck at the border)', the band revealed. 'We love the genuine multi-disciplinary format of the festival and the grounds are enchanting to wander through. We feel incredibly honored to be the first previous headliner to be asked back a second time.'

Synthpop legends New Order are marking their very first time at Latitude with Sunday's slot, just a matter of months since charting worlwide with tenth album 'Music Complete'. 'We are thrilled to be headlining Latitude', they said. 'It's our first time at the festival so we're looking forward to exploring, especially the diverse range of acts, bring on July!'

More Obelisk performers include Beirut, Chvrches, Father John Misty, The Lumineers and Courtney Barnett. Meanwhile, headlining the BBC Radio 6 Music Stage are Grimes and Of Monsters And Men, and the Sunrise Arena will features Pantha Du Prince with his new AV show The Triad and Black Mountain.