With comedy, theatre, cabaret, film, literature, poetry and even spa treatments dotted around the arena, Latitude has never just been a music festival.

Latitude has earned its reputation as the best ‘small festival’ in Britain with over 11 years of careful bookings, detailed organisation and bold choices for headliner, but the annual gathering in Southwold, Suffolk isn’t just about the music.

With a number of interesting nooks and crannies scattered around the site, it’s truly a genre-defying experience and there’s plenty to be getting up to if there’s a lull in proceedings. If it’s a ridiculously hot day, the gin bar in the Faraway Forest is a lovely and quiet bolthole for thirsty music lovers – but if that isn’t your bag, there’s loads of stuff to scope out at your leisure. 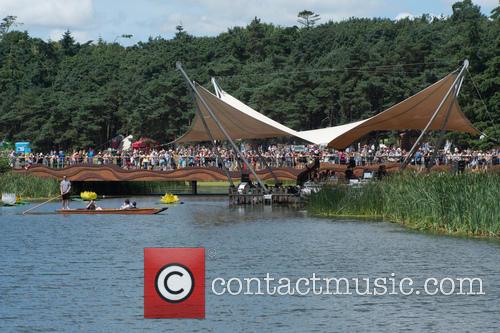 Crowds and atmosphere at Latitude Festival 2016

The Comedy tent is normally the biggest draw outside of the main stages, hosting nearly 50 acts across the three days of the festival, with most of the bigger names (this year Simon Amstell, Dara O’Briain and Katherine Ryan) coming earlier on in the day so as not to clash with the music headliners. The tent itself is a bit on the small side, so it’s worth getting there pretty early for any acts you want to see. Stewards clear out the tent after every couple of acts so that people can’t just sit at the front and clutter up the space all day.

In a break from previous years, the Poetry and Literature tents are now being collided into one venue now known as The Speakeasy. Bringing the normal poetry recitals, book readings, debates and panel discussions under one roof, it’ll now be open later into the night.

If it’s a mini-Glastonbury experience you’re looking for, check out the Solas arena where the hippy vibe is the strongest. Any musical performers tend to be either lilting folk or witchy dark-pop, so it’s a great place to recover from the rigours of the day.

The Cabaret Theatre has long been a peripheral but wonderfully essential part of Latitude, coming alive particularly at night where you’ll see anything from trippy theatrics to drag acts. Good if you’ve had a few drinks down you!

The Music and Film Arena traditionally acts as a Venn diagram of all of the above, with everything from poetry to radio broadcasting happening from there in addition to music and movies. For instance, film directors Amma Asante and Paul Greengrass will both be in conversation with BBC film critic Mark Kermode. Placebo, who headline the BBC 6Music stage on Friday, introduce a film fronted by the band’s Stefan Olsdal.

Of course, if absolutely none of that takes your fancy, you can always go down to the river, sit down and watch the gondolas and chill out with the pink sheep!

More: Music line-up for Latitude Festival 2017 is beginning to take shape – The 1975, Mumford & Sons and Fleet Foxes all confirmed as headliners