The full line-up for Latitude 2017 is forming, with The 1975, Mumford & Sons and Fleet Foxes headlining.

Excelling in the role it has carved out for itself as Britain’s ‘biggest small festival’ for over a decade now, the line-up for the 2017 edition of Latitude Festival is shaping up nicely.

Following a meteoric rise that saw them top the charts on both sides of the Atlantic in 2016, slick indie-pop-sters The 1975 headline the main Obelisk Arena on Friday night, topping a bill consisting mainly of guitar-orientated acts. The reformed shoegaze act Ride, promising newcomer The Japanese House and the glittery pop of Goldfrapp look to be the early standouts.

Mumford & Sons are curating the Saturday at Latitude 2017

Saturday sees an intriguing experiment taking place, with Mumford & Sons being given free reign at the Obelisk Arena to curate a line-up entirely of their own choosing, in what is being billed as the ‘Gentlemen of the Road Takeover’. The legendary Senegalese musician and singer Baaba Maal is the pick of the crop, sub-headlining below the Mumfords themselves, and there’s also a very special slot for Two Door Cinema Club, who were forced to pull out of their scheduled headline set back in 2014.

Rounding off the weekend, indie-folk cult heroes Fleet Foxes are returning to the live circuit for the first time in six years since their second album, Helplessness Blues, came out way back in 2011. With Crack-Up set for release about a month before, this will be a great chance for people to see what progress Robin Pecknold and his band of merry men have made after such a long time out. 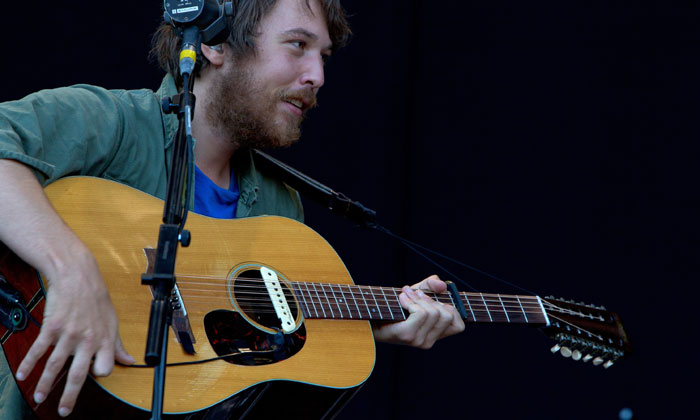 Fleet Foxes performing at Way Out West festival in 2011

For those still wanting to party on a Sunday night, Fatboy Slim is sure to be a winner on the BBC Music Stage, while other highlights include Public Service Broadcasting and indie legends The Jesus & Mary Chain, returning with their first album in 19 years.

The appeal in Latitude has always been manifold. Over 11 years, it has consistently been able to punch significantly above its weight in attracting both credible indie and rock acts and rising newcomers, particularly from America, who might not appear at other British summer festivals.

At the top of the bill, Latitude has often acted as a proving ground for acts who have gone on to headline the biggest festivals in the world. The likes of Florence + The Machine, Arcade Fire, Foals and Vampire Weekend all got the chance to demonstrate they could play a full festival set, which they wouldn’t have gotten elsewhere. And until last year when The National headlined for the second time, Latitude had never had the same headliner twice for an entire decade.

Furthermore, the atmosphere and general vibe of Latitude is much more relaxed and family-friendly than the sometimes oppressive hustle and bustle of the massive crowds of the likes of Reading & Leeds and T In The Park. Things are generally more organised and noticeably cleaner, where the likes of wine-tasting, cheese-sampling and poetry exist alongside the more traditional thrills of the rock festival.

There’s also theatre, literature, film and comedy to be indulged in, with the likes of Katherine Ryan, Dara O’Briain and Simon Amstell the highlights of an extremely packed schedule in the stand-up comedy tent.