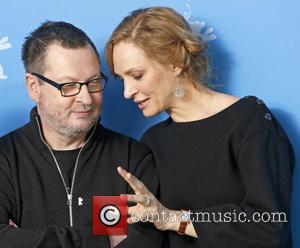 Culture Ministry representative Cem Erkul and other members of the country's film board, along with a psychologist and a sociologist, decided the film breaks the boundaries of art due to its explicit sex scenes and graphic nudity.

The first installment of the two-part movie, starring Charlotte Gainsbourg, Shia LaBeouf, Christian Slater and Uma Thurman, was also banned by film officials in Romania earlier this year (14), but the decision was reversed following accusations of censorship.

Nymphomaniac will still air at the Istanbul Film Festival in April (14).