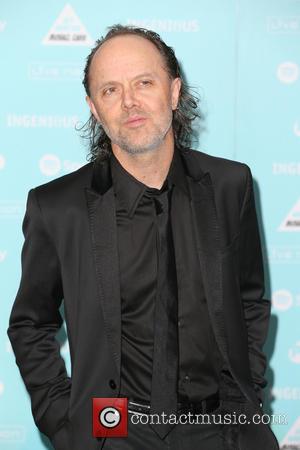 The veteran drummer took over from Royal Blood star Ben Thatcher for a rendition of Out Of The Black at the end of the group's show at the city's Slim's venue.

Thatcher dived into the audience to crowdsurf while Ulrich played drums in his place.

The show was also attended by another big Royal Blood fan - Rage Against The MAChine rocker Tom Morello.