Lars Ulrich insists Metallica are as comfortable on camera as they are away from the spotlight because they are just the same people. 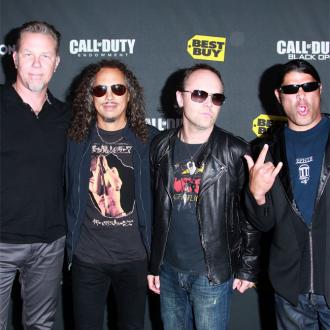 The Metallica drummer has been comfortable with the camera since the band made warts-and-all documentary film 'Some Kind Of Monster', released in 2004, and he insists he never changes his personality because cameras are around.

He said: ''There was always this open door kind of thing. So, if the door's open, its wide open so come in and be part of it, warts and all. Film away and we have nothing to hide, the receding hairlines and everything else, it's all part and parcel of the package, It's the way we do things around here and we're proud of that.

The drummer - who is joined in the band by James Hetfield, Kirk Hammett and Robert Trujillo - also said his favourite part of any day is meeting with the band's fans, as he can empathise with them, having been a super fan of other artists before he formed Metallica.

He added to Metal Hammer magazine: ''Most of the people who are really big Metallica fans I can identify with, as I've been in that situation. I've been stood outside the Plaza hotel in Copenhagen, from '76 to '78 meeting members of Thin Lizzy, meeting Richie Blackmore, meeting members of KISS. I have been that guy, so people who, for whatever reason, want to get close to Metallica or close to me, I think I can identify with.''