Mexican Singer Larry Hernandez Is Behind Bars Following An Alleged Altercation With A Concert Promoter. 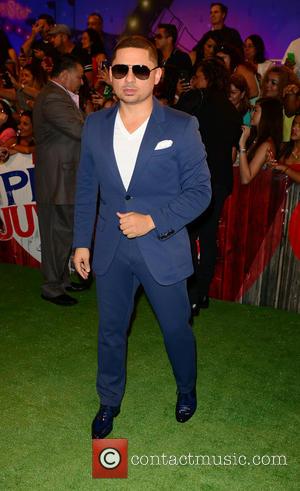 The Dame Tu Amor star was taken into custody on Friday (25Sep15) at Ontario Airport in California and is currently being held without bail at West Valley Detention Center in Rancho Cucamonga, according to legal documents obtained by Billboard.com.

The arrest stems from an alleged bust-up with a concert promoter following a gig in Newberry, South Carolina on 16 August (15), reports Los Angeles newspaper La Opinion.

Hernandez allegedly became involved in a spat with the unnamed promoter over claims he was not paid the amount promised for a performance.

Earlier this month (Sep15), Hernandez denied the accusations, telling Spanish-language network Telemundo, "In this business, a lot of people want to damage your image. That's what I'm living now... It's all lies and time will tell."