Dallas has been renewed for a third season, set to air in early 2014.

TNT has picked up Dallas for a third season, ordering 15 episodes of the show that it hopes to premiere in early 2014. It was unclear whether the network would continue with the rebooted series following the death of Larry Hagman (J.R Ewing) though an average of 3.8 million for its second season was enough to get the green-light, from USA Today.

"Dallas has built a passionately loyal following with its expertly woven story lines, clever twists and turns and numerous outstanding performances by a cast that spans generations," TNT program chief Michael Wright said in a statement announcing the third season, "Although we said goodbye to Larry Hagman and his iconic character, J.R. Ewing, this year, Dallas has many more stories to tell and the Ewing clan will continue to honor J.R.'s memory by keeping its audience surprised and delighted."

Hagman, whose creation J.R is one of the most enduring characters in U.S. television history, died during the filming of the second season. The show acknowledged the character's passing with a memorial during the season. The rebooted shows features stars from the original series, including Patrick Duffy as J.R's brother Bobby and Linda Gray as his ex-wife Sue Ellen. New additions to the cast include Josh Henderson, former Desperate Housewives actor Jesse Metcalfe and Jordana Brewster.

The show picks up from the classic soap that ran from 1978 to 1991, following the story of the oil-rich Ewings. 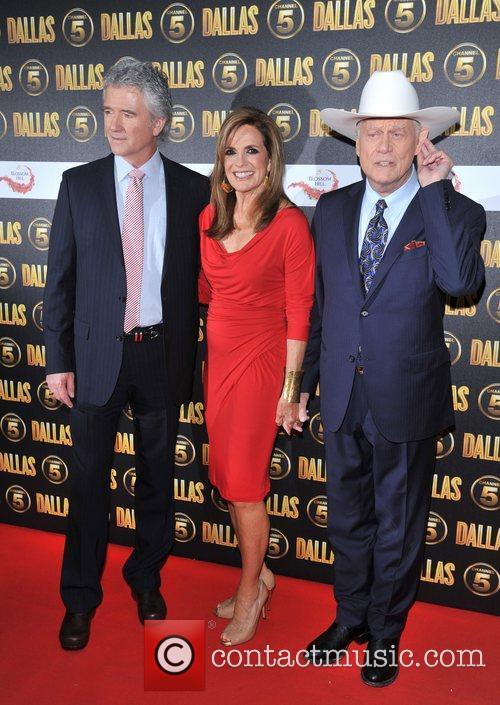