'Dallas' Reboot A Surprise Hit In The Twitter Universe 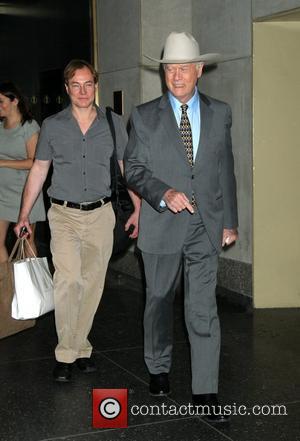 Larry Hagman and company got back in the saddle for TNT's 'Dallas' reboot on Wednesday evening (June 13, 2012), sending the Twitter universe into overdrive with fans 'live tweeting' throughout the pilot episode.
Critics had reacted positively - if a little cautiously - to the first episode of the show, and fans watching at home were equally complimentary. One user tweeted, "Sue Ellen shows that women can age gracefully and beautifully and NOT look like plastic surgery casualties". Linda Gray - who plays the character - has worked regularly since wrapping up the original series, most notably in plays 'The Vagina Monologues', 'Agnes of God', 'Love Letters' and 'Terms of Endearment'. Another fan of the show wrote, "I can't think of a better way to spend an evening than at Southfork with Bobby and JR Ewing! Hooray for DallasTNT", while another mused, "Found a new addiction in Dallas_TNT to cure my Wednesday night summer time blues!!".
The show includes many of the original characters, though will mainly focus on John Ross Ewing III and Christopher Ewing, the now adult-sons of Ewing brothers J.R and Bobby respectively. The show will initially run for 10-episodes on TNT, with the possibility of a second series, should it achieve solid ratings. It will air in Europe later this year, hitting the UK in September.