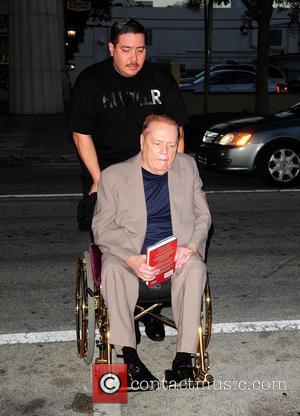 Picture: Larry Flynt arrives to his book signing for 'One Nation Under Sex: How the Private Lives of Presidents, First Ladies and Their Lovers Changed the...

Hustler magazine boss Larry Flynt has been hit with a $20 million (£12.5 million) lawsuit from his estranged brother, who alleges he was wrongly fired from his sibling's pornography company.
Jimmy Flint filed papers in Cincinnati, Ohio last week (ends16Oct11) accusing Larry of stopping his $250,000 (£156,250) annual salary from Flynt Management Group in 2009.
The lawsuit reads, "Hustler retail was Jimmy’s idea, has been highly profitable and has allowed expansion into many other areas and business areas, including gaming. Jimmy opened the first Hustler store and was the first to use the Hustler mark in commerce, in retail. Jimmy literally built Hustler retail from the ground up."
Jimmy claims his brother forced him out of the business, and he is seeking $20 million in compensation and damages.
In May (11), a federal judge ruled Larry Flynt is the sole owner of the pornography company and his brother is not entitled to a portion of the business, according to the Associated Press. 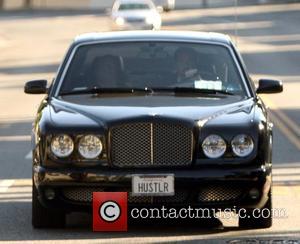