He's been branded as 'insensitive' for joking about being in a concentration camp.

While gallows humour isn't always necessarily a bad thing, Larry David appears to have crossed the line in many people's eyes by making holocaust jokes during his appearance as guest host on 'Saturday Night Live'. Of course, the internet remains divided over whether or not the gag was insensitive. 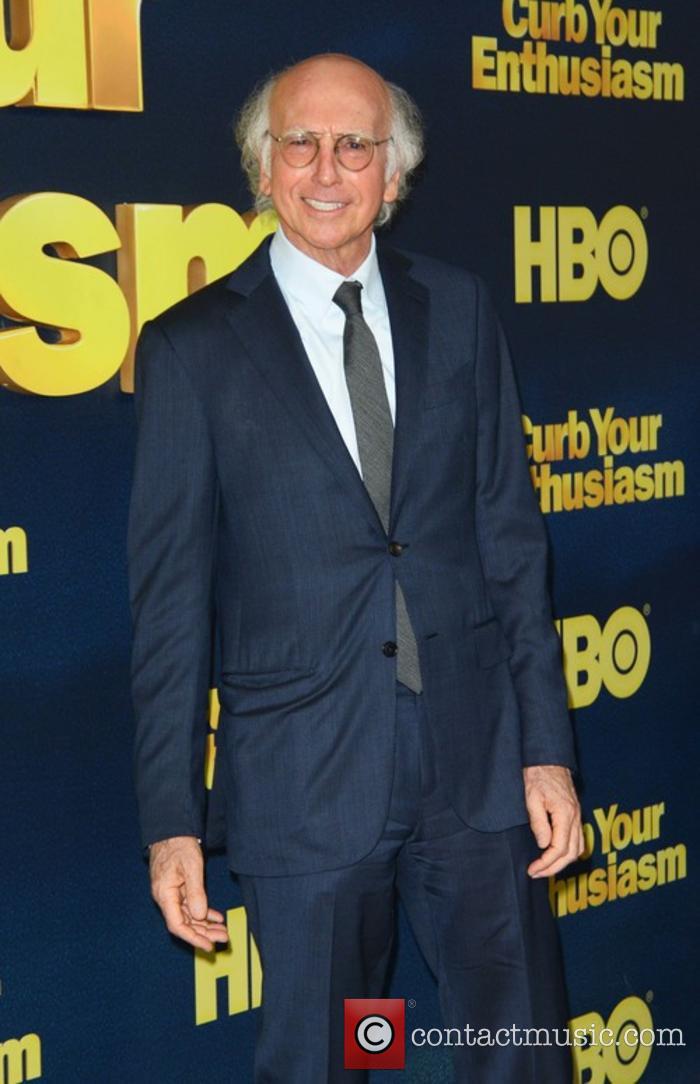 The 70-year-old comedian, who is from a Jewish family, made reference to the Hollywood sexual harassment scandals in his opening monologue on the show at the weekend, making note of the fact that a few of the accused men are also Jewish including Harvey Weinstein, Brett Ratner, Jeremy Piven and Dustin Hoffman.

'I couldn't help but notice a very disturbing pattern emerging which is that many of the predators, not all of them, but many of them, are Jews', Larry said. 'I don't like it when Jews are in the headlines for notorious reasons. I want 'Einstein Discovers The Theory Of Relativity' [and] 'Salk Cures Polio'. What I don't want? 'Weinstein Took It Out'.'

He then moved the joke on to his own value as a Jewish person. 'I know I consistently strive to be a good Jewish representative', he said. 'When people see me, I want them to say, 'There goes a fine Jew for you! Come here, I want you to meet this wonderful Jew. Nothing stereotypical about him! If not for the self-deprication and the irritable bowel syndrome, you'd never know in a million years!''

While there's nothing necessarily noxious about that reference, he then moved on to a rather misjudged quip about picking up women while at a concentration camp during the holocaust.

'I've always been obsessed with women and I've often wondered, if I'd grown up in Poland when Hitler came to power and was sent to a concentration camp, would I still be checking out women in the camp? I think I would!' He said.

'Of course, the problem is, there are no good opening lines in a concentration camp', he continued. ''How's it going? They treating you ok? You know, if we ever get out of here, I'd love to take you out for some latkes. You like latkes? What? What did I say? Is it me or is it the whole thing? It's because I'm bald, isn't it?!'

Indeed, the Anti-Defamation League were not happy about the joke at all. 'He managed to be offensive, insensitive and unfunny all at same time', ADL chief executive Jonathan Greenblatt wrote on Twitter. 'Quite a feat.'

Meanwhile, many are suggesting that Larry has a right to tell the joke, him being Jewish himself. But then, it's a lot of Jews who are struggling to find anything funny about his remarks.