Lark Voorhies' New Husband Has Vowed To Resolve His Legal Issues After It Emerged A Warrant For His Arrest Was Issued In Arizona. 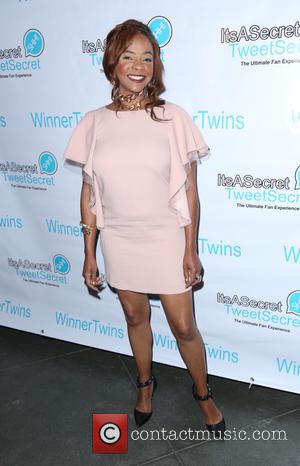 The Saved by the Bell star quietly married Jimmy Green in Las Vegas in April (15), and on Friday (12Jun15), shortly after news of the wedding became public, it emerged the actress' new husband is a fugitive.

Green was slapped with charges of making criminal threats and disorderly conduct following an alleged bust-up with a store owner in Tucson in 2012, and an arrest warrant was issued after he failed to appear at a subsequent court hearing.

However, he has now declared he is going to head back to Arizona to sort out his legal problems, telling E! News, "I am not running from anyone. It was just a misdemeanour. They (the press) are blowing it out of proportion. Whatever happened, it is in my past. I am a changed man... I will go out (to Arizona). It is something I do have to clear. It's something I need to go to court and get thrown out (sic). I have been rehabilitated."

A representative for Voorhies tells Usmagazine.com, "We are obviously concerned about the allegations and we are looking into the matter. Lark feels these allegations are not true and would like this cleared up as soon as possible."