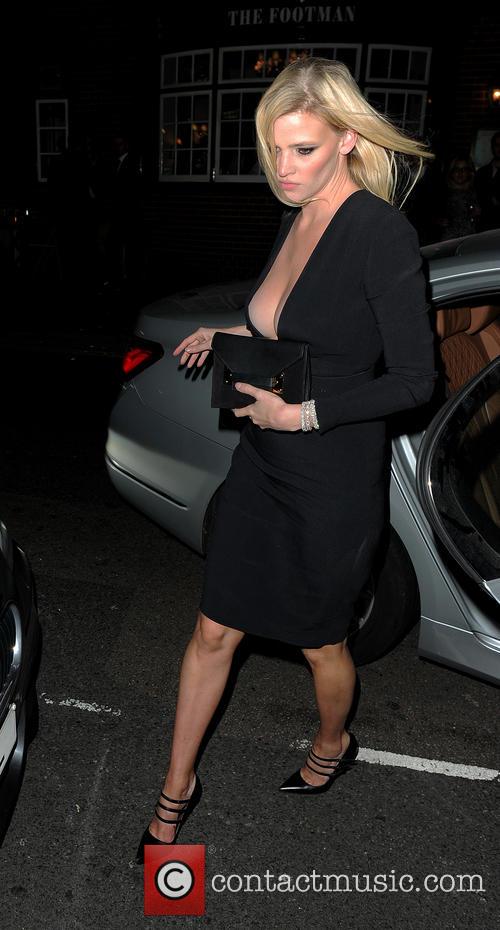 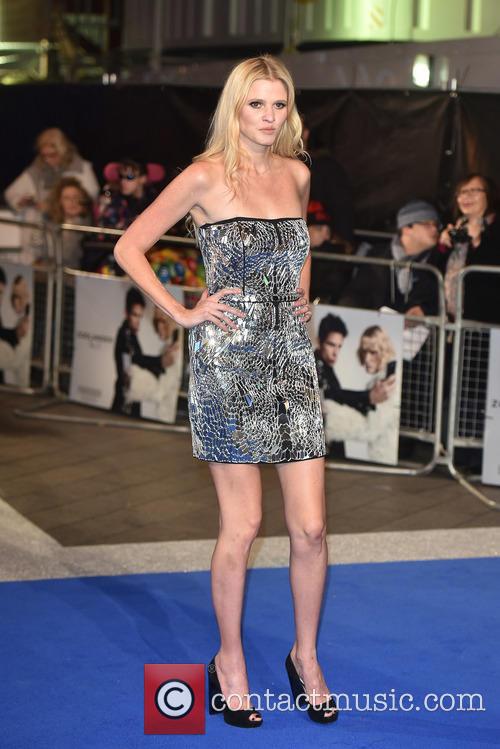 The couple, who have a two year old son together, have been estranged for six months after a five year marriage.

David Walliams and Lara Stone are set to formally end their marriage, six months after their effective separation earlier this year.

The pair agreed to a trial separation in March, but will be asking a judge at London’s Central Family Court on Thursday (September 10th) to formally bring to an end their five-year marriage. If the ‘decree nisi’ is accepted, then their union could be over in the next six weeks.

The ‘Britain’s Got Talent’ judge, 44, and supermodel, 31, have been separated from over six months, since Stone left the marital home in North London back in March, taking their two year old son Alfred and pet dog Bertie with her. However, she reportedly re-settled in rented accommodation just three miles away in an upmarket area. 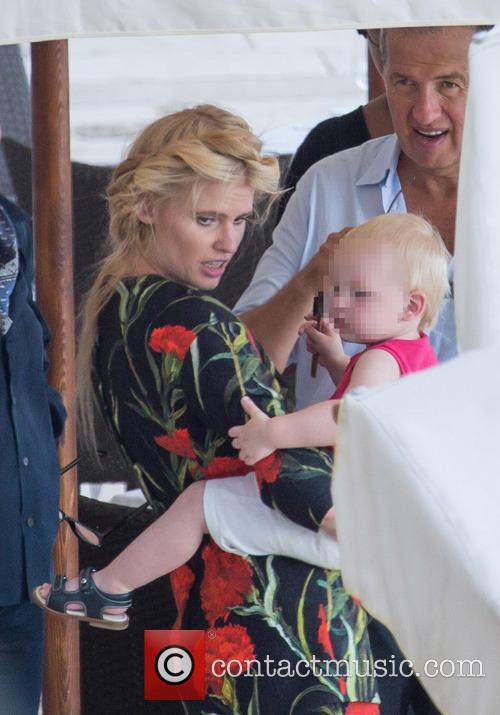 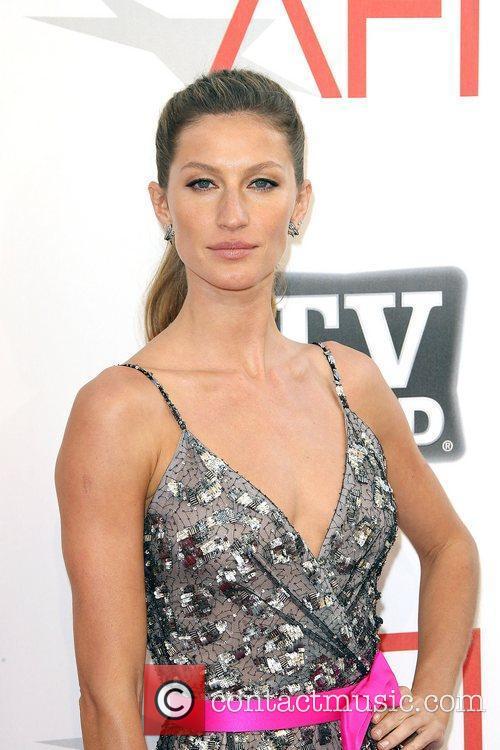 Champagne is on the menu for David Walliams and Lara Stone, who had their first child together this weekend.

David Walliams and his wife Lara Stone have had their first child together, with the Dutch model giving birth to a baby boy this Sunday (May 5). Congratulations guys!

The pair have been on the down-low in the weeks building up to the birth, but the two finally broke their silence when a rep for Lara released a statement yesterday (May 6) saying that the pair had welcomed their first child into the world. Today, Walliams also confirmed the news by posting a picture of a bouquet of white roses from his Britain's Got Talent co-judge Simon Cowell on to his Twitter page, with the accompanying caption; "Someone always has to show off and send the biggest bouquet. Thank you @SimonCowell x."

He followed this Tweet with a thank you to his followers and well wishers who have sent their congratulations.

David Walliams has welcomed his first child with Lara Stone.

Britain's Got Talent judge and Little Britain star David Walliams has become a father for the first time after his supermodel wife Lara Stone gave birth on Sunday (April 5, 2013). A spokesman for the Dutch model told the UK's Independent newspaper, "We can confirm they have had a baby boy." No further details regarding weight or name were given.

Walliams acknowledged the birth by posting a picture of a floral bouquet on Twitter, which he said was from X-Factor honcho Simon Cowell. The white roses appeared to feature sprigs of mint, lavender and rosemary, with Walliams writing, "Someone always has to show off and send the biggest bouquet." David and Simon's BGT co-judge Amanda Holden said she was thrilled to hear of the birth, tweeting, "Love love love to them all."

Walliams, who married Stone in 2010, found national fame with BBC comedy show Little Britain. He first announced the pregnancy in November, tweeting, "Some wonderful news. My beautiful wife Lara is pregnant. We are having a baby! It is due next year and we both couldn't be happier." During an appearance on Alan Carr's Chatty Man show, the comedian said it was unlikely he and Stone would opt for an unusual name, "It's a bit of a curse if you're called Apple or Peaches or something like that. I think we're just going to go with a normal name."

Congratulations are in order for David Walliams and LAra Stone, who had their first child together over the weekend.

Funnyman David Walliams and his Dutch model wife Lara Stone have become parents for the first time, with Lara giving birth to the child late on Sunday (May 5). The wonderful news was confirmed by a representative for Lara to MailOnline during yesterday (May 6) evening. Congrats guys!

The pair had wanted to keep the news of the birth away from the public eye just a tad longer, but their cover was thrown when Lara's photographer friend Mert Alas revealed the news on Twitter, before deleting his tweet shortly after. Unfortunately for the couple though, that little titbit was enough to alert the masses and soon the news was forced out of the couple's mouth. 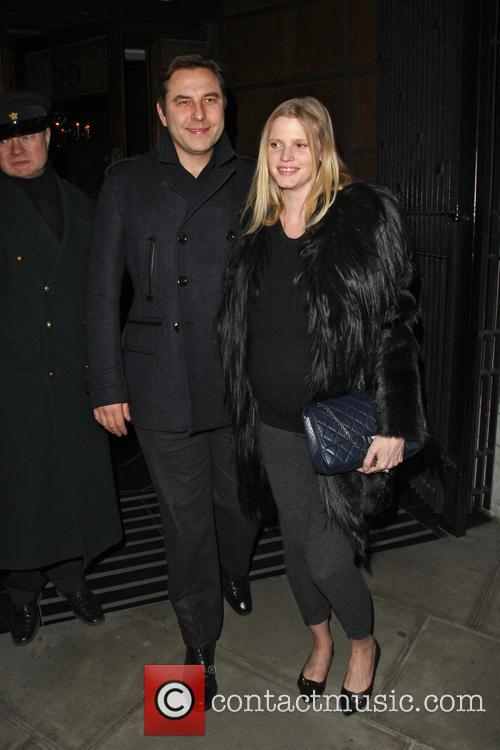 By Holly Williams in Lifestyle / Showbiz on 10 December 2012

The list of pregnant celebrities just keeps getting longer and longer this year with Lady Antebellum member Hillary Scott becoming the latest to be bearing a sprog, with husband Chris Tyrrell.

The country singer, 26, who married her band's new drummer in January this year, confirmed the happy news on Twitter to her fans. 'Chris & I are excited to announce that our Christmas gift has arrived a little early this year! We are having a BABY! We feel so blessed!!!' she wrote. It comes just in time as the trio, Hillary, Charles Kelley and Dave Haywood, have recently finished their huge world tour following their second album 'Own the Night's release and the news comes only days after another country singer, Jennifer Nettles, welcomed her baby boy into the world on December 6th 2012.

It's been a big year for A-List pregnancies too with Kate Middleton and Prince William's (aka the Duke and Duchess of Cambridge) news being one of the most talked about events recently. Other celeb bumps include that of Radio 1 presenter Fearne Cotton, comedian David Walliams' wife Lara Stone, Peaches Geldof (again!), recently wed Rochelle Wiseman from The Saturdays (with her hubby JLS' Marvin Humes) and 'Homeland' star Claire Danes.

David Walliams' pregnant wife Lara Stone gave the first hint of her baby-bump when out and about in London on Tuesday evening (November 22, 2012). The supermodel, 28, announced that she is expecting her first child with Little Britain star Walliams last week. 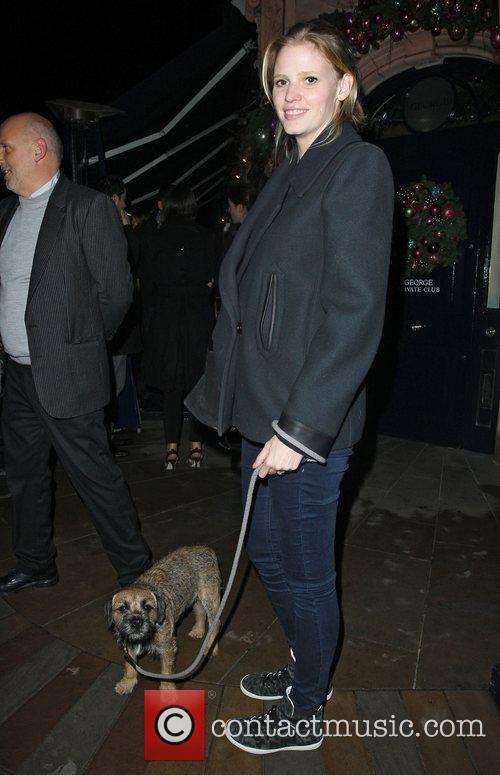 Writing on his Twitter page, David told fans, "Some wonderful news. My beautiful wife Lara is pregnant. We are having a baby! It is due next year and we both couldn't be happier. Dx". The pair also released an official statement that read, "We're very excited to announce we are expecting our first child. We're both absolutely thrilled but ask you to please respect our privacy during this precious time." This week, Stone stepped out for dinner with a female pal at the swanky George's in Mayfair, though she brought along her canine chum Bert anyway. The Dutch beauty looks positively glowing in a double-breasted coat, skinny jeans and high top trainers. We're not sure what the restaurants policy is on dogs, but they seemed happy enough to let Bert in for a late supper. 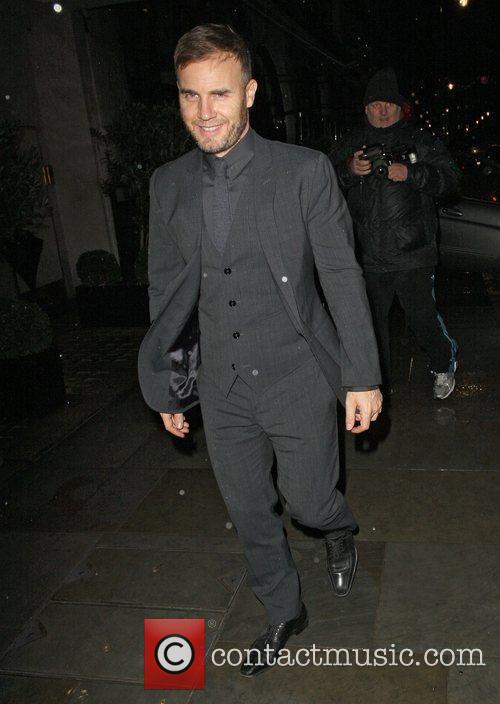 Dutch model Lara Stone is seen arriving for the Calvin Klein Show at the New York Fashion Week 2011. She poses in a red dress that goes down to mid thigh and signs autographs for some teenage fans who are wearing t-shirts saying 'WE LOVE LARA'. 'Kill Bill' star Uma Thurman was also in attendance, as well as 'Twilight' beauty Ashley Greene; actress Naomi Watts and rising star Chloe Moretz. 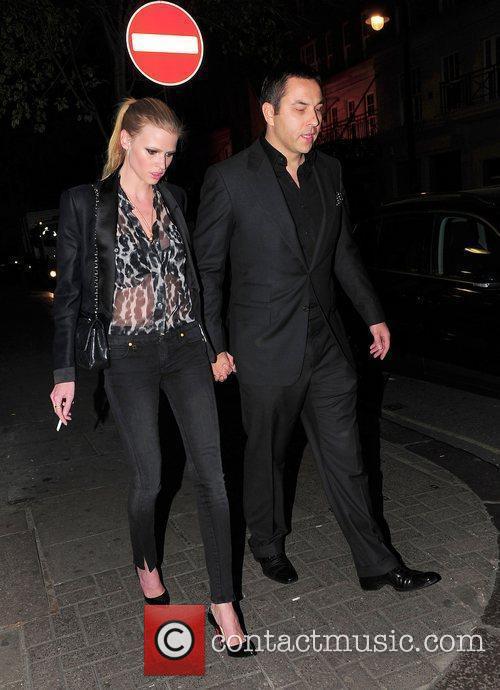 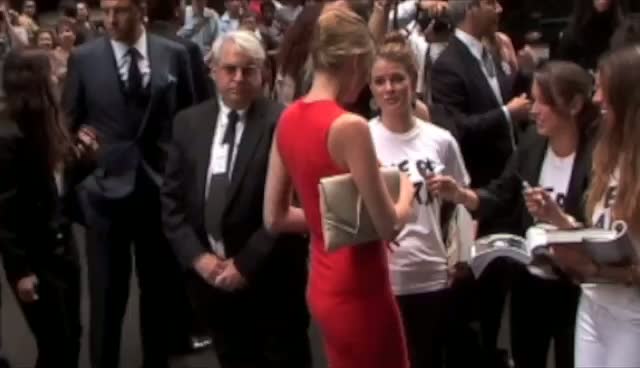