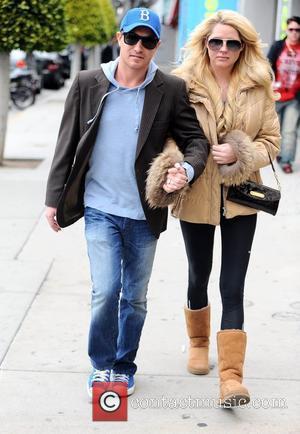 An attorney representing LANE GARRISON has denied the actor attacked his ex-girlfriend during an alleged bust-up on Saturday (21Apr12).
The former Prison Break star was arrested on suspicion of domestic violence after Playboy Playmate Ashley Mattingly claimed they became embroiled in a heated argument at her Los Angeles apartment.
Garrison was detained by cops on Sunday (22Apr12) and decided stay behind bars until Monday morning, but the actor's lawyer, Harland Braun, maintains his client's innocence.
He tells Tmz.com, "Lane has decided to stay in jail overnight because the detectives will be in tomorrow morning and they will want to talk to him. He will explain that he was dog sitting on the third floor and as he was leaving he saw his ex-girlfriend in the lobby, and she became agitated and took his phone and threw it up against the wall. He basically wanted to get out of there, so he took her by the shoulders to sit her down on a chair. He didn't hit her."
Garrison is reportedly being held on $50,000 (£31,000) bail.
The alleged incident is said to have occurred just hours after Mattingly took to Twitter.com to announce the end of their relationship, writing, "Sooo happy to be single again from Lane Garrison bye bye."
A court date for the case has been set for Tuesday (24Apr12).