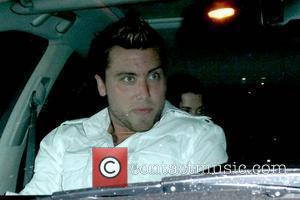 Lance Bass, Ellen Degeneres and Kathy Griffin have all voiced their disapproval at California officials' decision to uphold the state's gay marriage ban.
On Tuesday (26May09), the California Supreme Court opted not to overturn the ruling which came into effect under the Proposition 8 legislation late last year (08) - six months after gay marriages were declared legal.
And celebrities, both gay and straight, have made it known how strongly they disagree with the current law.
Gay singer Lance Bass released a statement, saying, "I can only hope to one day live in a country that grants equal rights, opportunity, and freedom to all citizens."
And DeGeneres, who married her partner Portia de Rossi just before the ruling was overturned, believes it will be looked back on with contempt in the future.
She says, "I'm sure you heard the Prop 8 news. One day when everyone is treated with full equality, we'll look back and realise how wrong this was."
And comedian Kathy Griffin spoke of her pride in her grandmother who took to the streets to protest Proposition 8.
She explains, "My 89 year old mother has asked me to get her a wheelchair to take her to a protest tonight, even though she isn't in the greatest of health.
"She is neither gay, nor the parent of a gay person, but she is as passionate about this decision as I am. I am so proud to march with her. Shame on the CA Supreme Court for this decision that history will not look back on fondly."