Lance Bass: 'Timberlake Is Too Busy For 'N Sync Reunion' 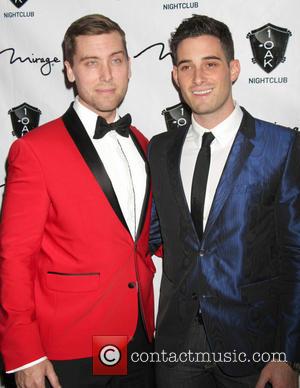 Lance Bass has dashed the hopes of an 'N Sync reunion, insisting the boy band's most successful member, Justin Timberlake, is too busy to consider a get together.

The Bye Bye Bye hitmakers split a decade ago and fans have been holding out hope for a comeback for years - and when New Kids on the Block teamed up with the Backstreet Boys, and fellow peers 98 Degrees reunited last year (12), devotees hoped 'N Sync would be next.

But Bass tells Life & Style magazine, "I don't think we're doing anything, I don't think it would happen. Everyone is doing their own thing. Justin's doing his thing. I don't think he would have a moment off to do an 'N Sync album. He's the busy one."

Timberlake isn't even particularly close to his former bandmates - none of them were invited to his wedding in Italy last year (Oct12).