Lance Bass Has Credited The Kardashian Family With Saving The Life Of Basketball Player Lamar Odom Amid His Ongoing Health Crisis. 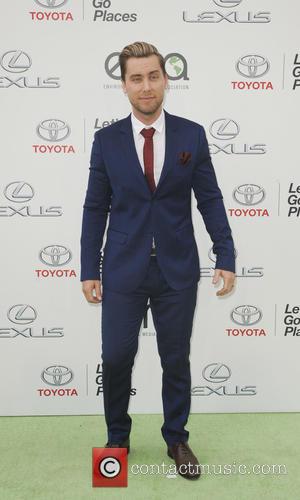 Khloe Kardashian's estranged husband was admitted to hospital in Las Vegas on 13 October (15) after he was found unconscious in a brothel following a reported drug overdose.

Reports suggest he suffered a series of strokes, but is now said to be in a stable condition at a medical facility in Los Angeles after being transferred from Sin City.

Khloe is said to have been by his side throughout the ordeal, while family members including her mother Kris Jenner and sisters Kim and Kourtney Kardashian and Kendall and Kylie Jenner all flew to Las Vegas to give support.

Family friend Lance has now spoken out about the family's dedication to Lamar, insisting the reality TV stars have been crucial to his recovery.

"I was just over at Kris' house the other day, and, I mean, they put their lives on hold (for Lamar)," he told reporters at the Environmental Media Awards in California. "I give it up to those girls. Love them or hate them, they really stepped up to the plate and saved his life... It's devastating (what happened to Lamar)... It's really sad."

However, Lance revealed the sports star is "improving daily" and insists the truth about the incident will soon come out.

"I think we're really going to see what went down eventually," he added "And I think there's going to be a lot of people in trouble."

Khloe is reported to have called off her divorce from Lamar in the aftermath of the crisis, and Lance reveals the horrifying experience brought the former couple closer.

"I think when anybody goes through some tragedy like that it's going to bring you closer, and you could always tell that she was so madly in love with him this whole time, but he had this (rumoured drug) problem."

Lance also believes Lamar will bounce back from the experience and turn his life around: "If he makes it and he comes out of this, he's going to change a lot of lives out there and save a lot of lives. I have a feeling he's going to really stay clean and really spread the message of living a sober life."