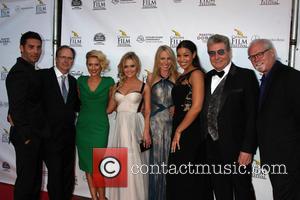 Pop star Lance Bass is planning to see in 2015 as a married man after booking a Christmas (14) wedding, according to a U.S. report.

The former 'N Sync star has been engaged to his partner Michael Turchin since last year (14) and recent reports suggested they would be tying the knot in January (15) after Bass proposed for a second time in August (14).

However, the New York Post's Page Six gossip column reports the singer-turned-media personality has booked the wedding for 20 December (14) in Los Angeles.

The wedding is to be filmed for a special on America's E! network.