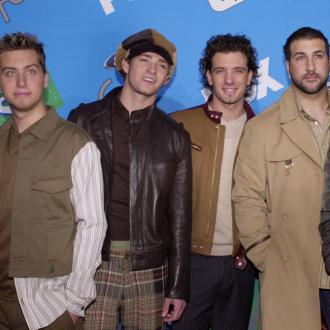 Lance Bass thinks it is ''so cute'' people want *NSync to reunite.

The former star of the boy band is said to be getting back together with his old group when Justin Timberlake receives a special trophy at the MTV Video Music Awards this Sunday (25.08.13), but has played the rumours down.

Speaking on his SiriusXM radio show, he said: ''Justin Timberlake is getting the Michael Jackson Vanguard Award this Sunday at the awards, so of course people are automatically going to think we're going to be there performing, but this is exactly how it happened and I knew these rumors were going to fly.

''It's amazing to see the reaction out there on Twitter and social media. It's so nice to see, because when we ended things [over] 10 years ago, there was no social media, but it's so cute to see how many people are supporting [us], and *NSync was even trending.''

Lance admitted he had also given fans hope by posting a picture of him with Joey Fatone and Chris Kirkpatrick, who completed the band with himself and Justin on the internet.

However, while he has dampened rumours, Lance hasn't outright denied them.

*NSync launched in 1995 and enjoyed worldwide success at the height of their fame between 1998 and 2002, when they went on hiatus but never reunited.