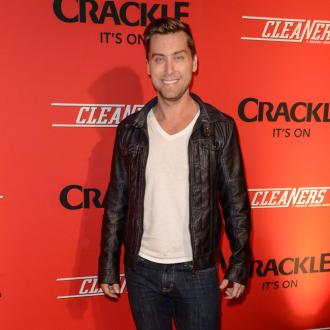 The former 'N Sync star has received helpful tips and support from the wife of his former bandmate, Justin Timberlake, after proposing to his boyfriend Michael Turchin in September.

Lance, 34, reunited with the 'Bye Bye Bye' hitmakers earlier this month for band member Chris Kirkpatrick's wedding, and he picked the stunning actress' brain on wedding ideas for his own nuptials.

He said: ''I'm so glad I went to Chris' wedding because I forgot about some of my old management company people. And then we were sitting there talking to Jessie Biel, too, and she gave us a lot of great pointers. And she had some really great ideas.''

''One really cool idea she had was that, on the invites -- because we love our onesies -- send out personalised onesies to all our guests so that at midnight after the reception it turns into a pyjama party. How fun would that be? I think we might be doing that one. That was something we both loved.''

Jessica, 31, married Lance's pal, Justin, 32, in October 2012, and the singer has enjoyed his recent reunions with the best-selling group, which also featured Jc Chasez and Joey Fatone.

He told UsMagazine.com: ''It's very immature. We still pretend we're 16. A lot of fart jokes. A lot of old jokes that keep resurfacing. It's like nothing ever changed.''