Posted in Press Releases on 01 November 2012 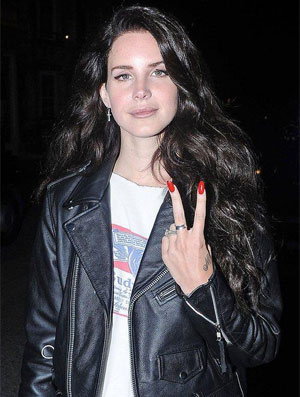 Award winning US singer-songwriter Lana Del Rey is set to return to the UK in 2013 for a string of live dates all around the country.  The tour will be taking in Sweden, Norway, Denmark, Germany, Austria, France, Holland, Belgium and the UK. Lana received much praise for many of her live performances at the festivals over the summer this year, with the likes of the Guardian saying "exuding film-noir class, her voice was fine and her charisma off the scale".

Tickets go for sale from 10.00am on Monday 5th November.

Lana is releasing the "Paradise" edition of her double platinum album "Born To Die" on Monday November 12th. This is being released in a number of exciting formats and is preceded by her brand new single "Ride", whose controversial video has already received over 9.5 million views - out on Sunday November 11th. Produced by the legendary Rick Rubin, Lana recorded "Ride" at the Shangri-La Studios in Malibu, California.

Lana's album "Born To Die" has sold over 2.5 million copies worldwide, with her singles selling over 4 and a half million copies. She has also recently been named the face of the new Jaguar F-Type car, H+M fashion and has had the rare accolade of a Mulberry bag named after her.