Will ‘Ride’ Change Our Minds About Lana Del Rey? 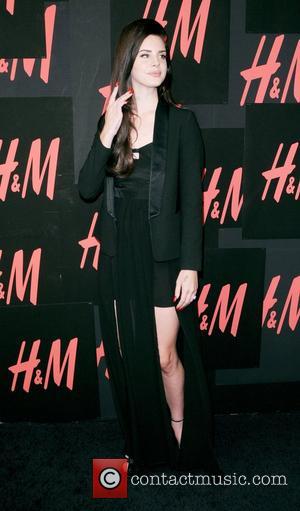 Lana Del Rey’s latest single ‘Ride,’ has made its way online. The track is taken from the ‘deluxe’ edition of her debut album, ‘Born To Die.’ Never one to be deterred by constant criticism, Lana is pushing her album once more and this time, there are eight new tracks for fans to listen to. Since she hit the big time with her track ‘Video Games’ late last year, Lana Del Rey has divided opinion across the globe. Whilst many are in awe of her David Lynch-esque imagery and dusky vocals, others have lashed out at her awkward live performances and dismissed the hype surrounding her as unfounded.

Just a few lines in and ‘Ride’ contains some trademark Lana Del Rey lyrics. Think what you like about her; the fact that she even has a ‘trademark’ so early into her career is probably a sign that we haven’t seen the last of her just yet. ‘Born To Die’ – The Paradise Edition will be released on November 23, 2012. The original track-listing remains intact but eight bonus tracks will be added to the CD and vinyl versions of the album. A special box set will also include a remix album and DVD, according to Billboard.com

As for the song itself, ‘Ride’ – which was written by Lana Del Rey and Justin Parker and produced by Rick Rubin – feels more accomplished than some of her previous efforts and makes the most of her voice, rather than showing up its flaws. All that doe-eyed “you can be my full-time daddy / baby” shtick is going to start getting a little tired pretty soon, though, we reckon.