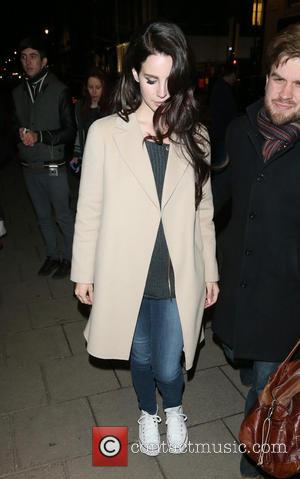 Lana Del Rey, Naomi Campbell and British actor Ed Westwick were among the stars who turned out to see the Rolling Stones kick off their American shows with a massive gig in New York on Saturday (08Dec12).

The legendary British rockers began their 50th anniversary comeback concerts in London last month (Nov12) and they have now taken the shows across the Atlantic for a series of gigs on America's East Coast.

The musicians played their first U.S. show at the Barclays Center in Brooklyn on Saturday night and Del Rey, Campbell and Westwick were all in the audience. Supermodel Campbell shared her excitement by posting pictures from the gig on her Twitter.com page, writing, "Rolling Stones still rocking the world. Barclay (sic) Center Ny major!!"

The Rolling Stones treated the crowd to a guest appearance from Mary J. Blige, who previously appeared with the band at one of the London shows, in a rendition of hit track Gimme Shelter, while Gary Clark, Jr. played guitar and sang on a version of Going Down by blues legend Freddy King.

However, former Stones stars Bill Wyman and Mick Taylor, who previously re-joined the band during the London shows, were absent from the Brooklyn gig, which featured popular hits Paint It Black, Brown Sugar, Sympathy for the Devil and (I Can't Get No) Satisfaction.

The Rolling Stones will be back on stage in New York City on Wednesday (12Dec12) for the 12-12-12 Hurricane Sandy charity gig at Madison Square Garden in Manhattan, followed by two dates at the Prudential Center in Newark, New Jersey.