Lana Del Rey is in talks to record the next James Bond theme but will face stiff competition from Sam Smith, according to reports. 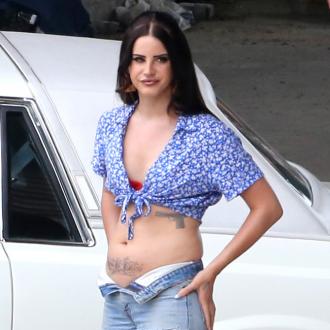 Lana Del Rey is in talks to record the next Bond theme.

Producers are reportedly considering the 'West Coast' singer to provide vocals for the next James Bond anthem, but she will face stiff competition for the coveted gig from British singer Sam Smith.

A source told The Sun newspaper: ''Producers know it has to be a great song with a killer vocal to rival the phenomenal success of Adele's 'Skyfall'.

''Sam seems like the favourite but Lana could definitely give him a run for his money.''

Lana certainly has the credentials as she previously earned a hit song with 'Young and Beautiful' after recording it especially for the soundtrack to 'The Great Gatsby'.

Whoever lands the job will have a tough act to follow, however, as Adele's 'Skyfall' - which supported the 2012 film of the same name - ranks as one of the best-selling Bond themes of all time and helped earn the 50-year-old franchise earn its first ever Academy Award for Best Original Song in 2013.

Other Bond songs have been nominated for an Oscar including Sir Paul McCartney's 'Live and Let Die', taken from the film of the same name.