Lana Del Rey has joined the LoveBox line-up, which will take place in Victoria Park, east London from June 15 -17. 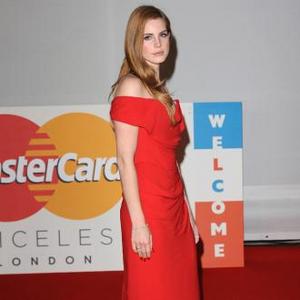 The 'Video Games' singer will play on the final night of the annual London festival, which takes place in Victoria Park, east London from June 15 -17.

Lana has enjoyed huge success over recent months and recently revealed her music was inspired by heartbreak and her wild past.

The 25-year-old singer admitted having her heart broken and her days of drinking ''too much'' provided the inspiration for her best-selling album 'Born To Die' but says writing new material could be difficult as her life is much calmer now.

She said: ''Even though I can't be with that person anymore, I still want to honour those memories. I felt like falling in love changed me, neurologically and the record is about being faithful in my mind to the memory of that particular person.

''I'm in contact with his mother. He's somewhere else but he's around.

''The album is a tribute to living life on the wild side. I'm sort of kidding because I'm not that wild any more ... I used to drink a lot. Too much. I haven't had a drink for seven years now.''

Tickets for Lovebox are on sale now.