Lana Del Rey admits she's inspired by the Hole frontman Courtney Love and is glad she's friends with her. 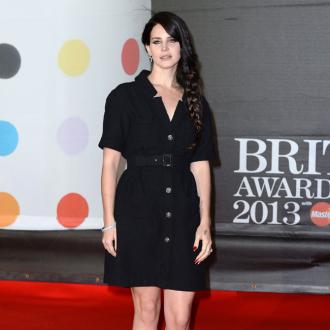 The 'Summertime Sadness' hitmaker has always looked up to the Hole frontwoman and rock 'n' roll legend, so feels proud to count her among her friends these days.

She said: ''Courtney Love's a big inspiration. I like her, I talk to her a lot. I just went her show ... when she was playing in London. I like people who are similar to her, like Joni Mitchell types or Stevie Nicks, who are both strong female characters.''

The 27-year-old star was strongly influenced by jazz legends Nina Simone and Billie Holliday on her second album 'Ultraviolence', and hopes she has done their musical legacy justice.

Speaking on France Inter radio station's 'Laura Leishman Project' show, she said: ''It has a Pacific coast feel to me, I think it's guitar driven, there are references to Nina Simone. That's why I ended the track listing with a cover of 'The Other Woman'. I am inspired by early jazz culture. It's a West coast jazz fusion with a little bit of East coast fever.''