Lana Del Rey says she hates being judged as a person and for her image just because she wants to make music. 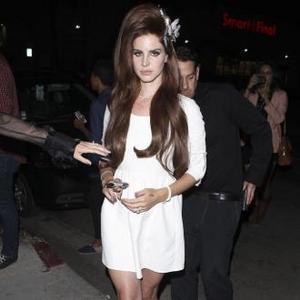 Lana Del Rey says the hardest part of being a pop star is dealing with people focusing on her image.

The 'Blue Jeans' singer gets upset when people write her off as an artist without properly listening to the music just because they don't like her style or looks.

Lana finds it particularly annoying when she has put so much hard work into her songs.

Speaking about her rapid rise to fame over the last year, she said: ''What's scary is when you have your focus on being a writer for 10 years, and after that people decide they don't like you - that's off-putting, because when you've put all your work into crafting words and melodies, and then people start just thinking about you and judging you as a person that's a little off-putting. But the rest of it isn't scary, it's just sort of different.''

Despite being beautiful, the 26-year-old musician is determined to be taken seriously as an artist and cites the poetry of Walt Whitman and Alan Ginsberg as major inspirations to her.

She added: ''I do enjoy reading, I read the same things over and over again. I really like certain passages out of Whitman's 'Leaves of Grass' and Ginsberg has a poem called 'Howl', and both of those writers are like my first and last inspirations, the first people I saw that made their words really electric and come alive off the page, really visual writers.''

Lana's favourite music to listen to is Janis Joplin's live version of traditional tune 'Summertime', The Zombies' 'Time of the Season' and 'Hotel California' by The Eagles.