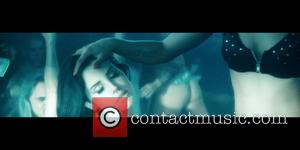 Del Rey and Miller pledged the money to Johnston's Kickstarter.com campaign to help with the production of the movie titled Hi, How Are You: A Short Film.

The generous donation has landed the two stars executive producer titles on the project.

Miller took to Twitter.com last week (begs18Nov13) to express his excitement about the project, writing, "Me and Lana Del Rey are both executive producers on a movie. That's tight."

This isn't the first documentary featuring Johnston - in 2005 Jeff Feuerzeig's The Devil and Daniel Johnston won a top award at the Sundance Film Festival in Utah.