This American girl is losing respect for her own country.

Lana Del Rey might be your typical all-American girl in many ways, but she's feeling less than patriotic these days thanks to Trump. In fact, she's determined to change up her whole image and that includes removing national flag images from all her tour visuals. 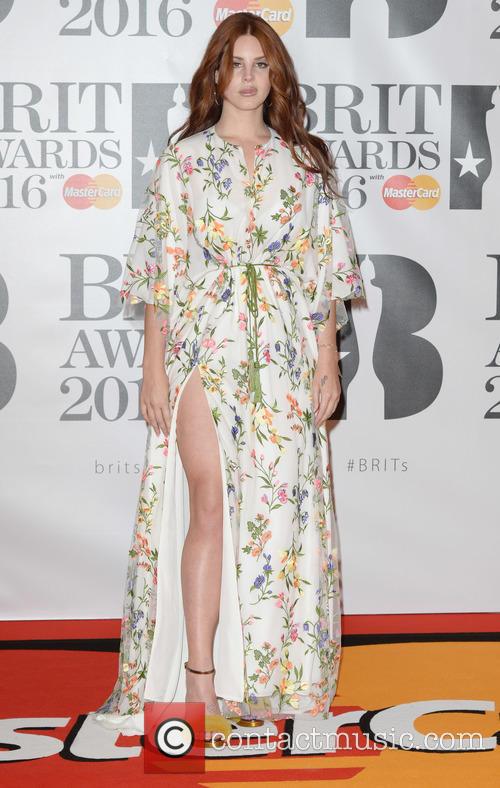 The singer is releasing her eagerly anticipated fourth studio album 'Lust for Life' this week, and while it's another album brimming with American nostalgia, she admits that she does feel 'uncomfortable' singing love songs about her country in the current political climate.

'I definitely changed my visuals on my tour videos', she told Pitchfork in an interview. 'I'm not going to have the American flag waving while I'm singing 'Born to Die'. It's not going to happen. I'd rather have static. It's a transitional period, and I'm super aware of that.'

To put her feelings into context, she explained how the American flag is an image that wouldn't necessarily sit well with other nations while she's performing around the world. 'I think it would be inappropriate to be in France with an American flag', she said. 'It would feel weird to me now - it didn't feel weird in 2013.'

Now, it's clear that the singer is feeling saddened about all the chaos that seems to be happening all the time, with the US in the centre of it all. Needless to say, it somewhat informed the album recording, because it was difficult not to discuss it in the studio.

'All the guys in the studio - we didn't know we were going to start walking in every day and talking about what was going on', she continued. 'We hadn't ever done that before, but everyday during the election, you'd wake up and some new horrible thing was happening. Korea, with missiles suddenly being pointed at the western coast. With 'When the World Was at War We Kept Dancing', I was posing a real question to myself: Could this be the end of an era? The fall of Rome?'

More: Watch the video for 'Lust For Life

'Lust for Life' will be released tomorrow (July 21st 2017) through Polydor and Interscope Records.