The album cover and release date are out. Let the hype begin.

Lana Del Rey’s upcoming album hasn’t really matched the buzz of her debut record so far. Things might be about to change, however, with the reveal of the cover art for Ultraviolence. Along with the cover – a black and white shot of the singer looking as pouty as we remember – the album release date was announced for June 16.

The new album cover features Del Rey in a white T-shirt stepping out of the driver's seat of a car. Based on the parental advisory label in the corner, some of the announced songs likely have some adult content. The tracklist also bears titles in classic Del Rey style, including Sad Girl, Shades of Cool and Brooklyn Baby. So expect loads of moody, swooping vocals and hits at relationships with older men maybe. There are also track names hinting at old-school, Gatsby-esque glamour, like the tentatively titled Old Money. Del Rey has been working on the album with Dan Auerbach, aka one half of The Black Keys, so it looks like we can expect a more rock-infused album from the self-styled “gangsta Nancy Sinatra”. 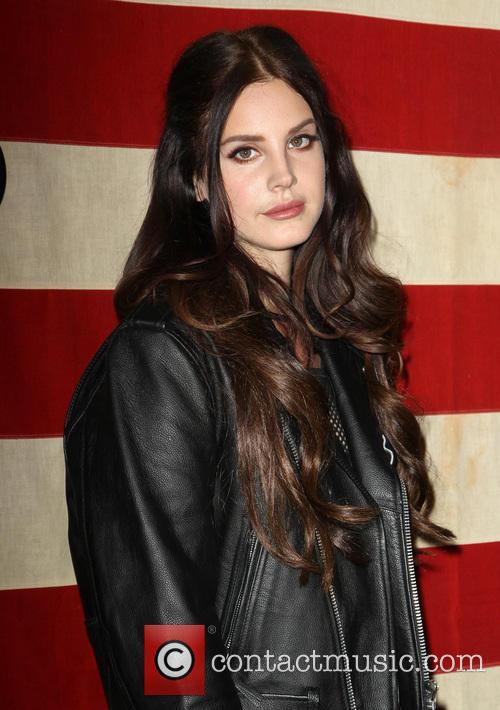 Del Rey's first single, West Coast, has already been released. The album will be available on CD, vinyl, digital download and for the hardcore Del Rey fans, there will even be a special box set, which includes a picture disc and a total of four art prints. The album is already available for pre-order from Del Rey’s official website.

Watch Lana's arrival at the H&M concert in NYC.