Being one of the most interesting pop stars of recent years, Lana Del Rey has become particularly popular for her unique pop sound influenced by more niche genres like art rock and trip-hop. With third album 'Ultraviolence' due to be released on June 14th2014 via Polydor/Interscope, here is the much-anticipate first single 'West Coast'. 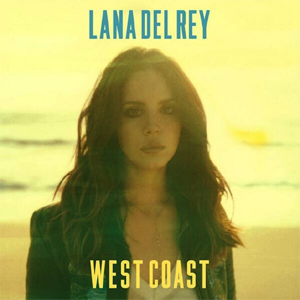 First thing's first, not much has changed with Del Rey's sound. The moody but soulful vocals are still there and still as stunning as ever. As she starts to seductively whisper 'Down of the west coast', Del Rey sets the scene for the journey the song will take you on. The lyrics go on to tell you a story of what you can assume is a failing relationship as she desperately sings, 'I wanna say I miss you so much, but something keeps me really quiet'. The beauty of Del Rey's vocals is further increased as she hazily croons her way through the chorus.

An interesting point in the lyrics is how Del Rey lists the assets of the West Coast: 'Down on the West Coast, they got their icons, their silver starlets, their Queens of Saigon', before adding: 'And you've got the music, you've got the music, in you, don't you?' It can either be conceived as lyrics made to empower the listener, or Del Rey questioning the greatness of the person she's singing about.

As for the music on this song, it's well executed to suit Del Rey's voice. There's a didgeridoo like sound effect that feels restrained as if to build up the intensity of the song rather than be a stand out element of the song. There are these incredibly faint, post-rock guitars, with delay effects that are especially effective in the hazy chorus.

Overall, 'West Coast' maintains Lana Del Rey as one of the most interesting pop stars in the world today, with all the reasons people fell in love with her in the first place in both the moody vocals and the murky production.