Review of Born To Die Album by Lana Del Rey

As hyped next big things go, it's fair to say that Lana Del Rey has courted more global attention since GaGa made meat a fashion accessory rather than carnivorous delicacy. The 25-year-old New York based songstress christened Elizabeth Grant at birth somehow managed to polarise opinion before many of those commentators had heard a single note of her music. Although judging by the way 'Video Games' found itself being the most blogged song on the Internet last year it would have been more difficult to avoid her. Controversially derided over her marketing, image, alleged silicone enhancements and even the fact a former British reality television contestant had co-written one of the songs on her record, the days of media hype being enough to justify the means to an end are long gone. And we haven't even mentioned the questionable live television performances or cancelled shows. 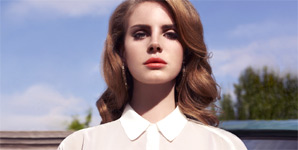 Whatever floats your musical boat, it seems everyone's had their two pennies worth to say about Lana Del Rey. Reviews so far have been mostly fair to middling save for the odd mauling from certain indier-than-thou publications. When examined closely, most of these seem to have been written from the Brian Hurst (he got there first) perspective of music journalism. So why, a full two weeks after its release date, are Contactmusic publishing their one and only review of 'Born To Die'? Surely it's every publication's objective - online or otherwise - to be ahead of the pack? Well, yes and no. You see, while the rest are all jumping the queue to be the first to stick their size nines into Ms Del Rey/Grant's collagen implants, we'd rather spend the next fortnight actually listening to the record while the furore dies of natural causes. Judge 'Born To Die' for what it really is, a well produced, if subtly manufactured pop record. You want the predictable "I told you so", "hype over substance", "she'll be dropped by Christmas" excuse for a review, then you've come to the wrong place. Or maybe we're as much a part of the marketing machine as her label. After all, Valentine's Day is almost upon us.

So, onto the album. Now we've had time to digest its contents, it really isn't a bad record you know, honest. Sure, there are times at the back end where 'Born To Die' tails off into an MOR induced snooze, and maybe in hindsight twelve songs was possibly two or three too many by way of an introduction to someone that technically is a new artist to 99.9% of the population (she was actually first signed as far back as 2008). However, minor gripes aside, there's at least half a dozen solid gold pop nuggets here, and while the inner Kevin Shields fanboy inside of me is inherently screaming "WRONG!" at the top of his lungs, its difficult to dismiss the infectious nature of such foul-mouthed diatribes as 'Radio' or 'Off To The Races'. In fact, listen closely to the latter's chorus and you'd be forgiven for thinking Del Rey is singing "Racist, racist, I'm a fucking racist." Which she isn't, obviously.

Skip through most of the lyrics on 'Born To Die' and its almost like flicking the pages of a scrapbook containing sensationalist newspaper headlines. "I'm your little harlot, scarlet", "Money is the anthem of success", "I wish I was dead", "Degenerate beauty queens", "I will love you 'til the end of time", scream five chosen at random. Indeed it would be easier to find one song that doesn't have a memorable couplet to latch onto, again surely the mark of a genius pop record? However, when she insists "I'm not gonna listen to what the past says" in her fast-becoming trademark drawl on 'Deep Mountain Dew' - arguably one of the weakest tracks here, it says more to her a detractors than a thousand middle-finger orchestrated "Fuck Yous" could ever muster.

Sassy, brassy, carefree and belligerent from start to finish. Sure there's a heavily manufactured element to a lot of what's going on here. Where the earlier demos of 'Video Games' and 'Blue Jeans' revealed a fragile side to Lana Del Rey's make-up, the lavish production employed for the majority of this album suggests her management's attempt at making her a more marketable proposition didn't just stop with the aesthetics. Thankfully, it seems to have paid dividends. Whereas 'Blue Jeans' sounded like an awkward self-pitying narrative in its previous stripped down form, it finds itself elevated to Chris Isaak's immediate family of lovelorn epics, sounding not at all unlike his 'Wicked Game' opus. Then of course there's the bitchy lament, 'Carmen', the girl that "doesn't have a problem lying to herself cause her liquor's top shelf." You want hip-hop beats? Check. Radio friendly choruses? Check. Singalong verses for the hen party and karaoke masses? Check. Yet at the same time, there's a distinctive edginess that conveys a side of Del Rey's personality not often seen from the post-T2K manual of pre-packaged pop stars.

We're not going to insult 'Born To Die' by awarding it a mark out of ten. As with all great pop records, favourite songs will come and go, sometimes on an hourly basis. What it does represent is a landmark moment, heralding a sea change in our future expectations of manufactured pop stars tossed at us by the corporate powers-that-be from Sony Towers et al. Haters are always gonna hate, simple as. It really is their loss.