Randy Blythe has been found not guilty of manslaughter in Prague.

Lamb of God singer Randy Blythe has been found not guilty of manslaughter in the Czech Republic, according to Prague Post reporter Jonathan Crane. The 41-year-old was accused of pushing fan Daniel Nosek, 19, off-stage during a show in Prague nearly three years ago. He was arrested when Lamb of God arrived in the country for a show last summer.

Blythe faced up to 10 years in prison, though after the final witness at the trial took the stand - a biomechanical expert - the singer was found not guilty. Earlier in the trial, a criminal psychiatrist appointed by Rand's defence said the singer did not display any permanent "socially promiscuous" behavioural patterns. She added that he was not "overly aggressive."

Before heading to learn his fate, Blythe posted a message on his Instagram account, which read, "It's a beautiful morning in Prague, & time for me to go to what is (hopefully) my final day in court here- supposedly judgement will be passed today & I will move on with my life in one direction or the other," adding, "I categorically refuse to live in a constant state of guilt & fear. I would rather die. My morality & convictions are not dependent upon unforeseeable circumstance, nor malleable when difficulty arises. So I walk this morning to court with my head held high, no matter what others opinions of me may be." 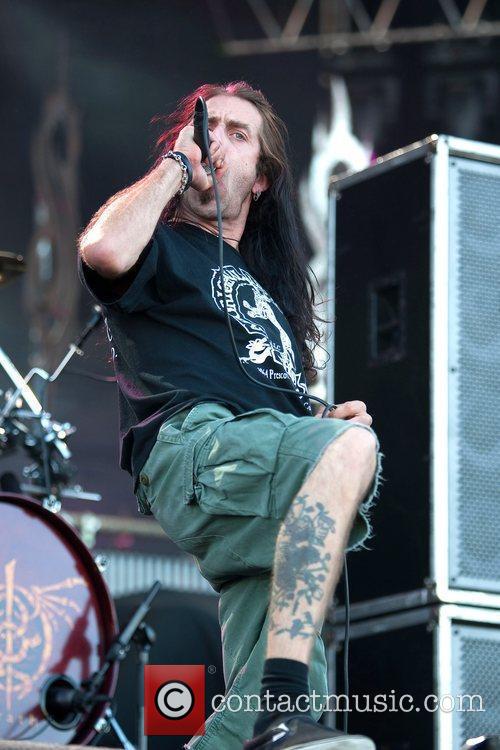 The official Lamb of God Twitter page posted a message this afternoon, which read, "Spread #RandyIsFreeMan Lamb Of God is back!"

Randy Blythe Took Fan Out For Coffee After U.s. Homecoming

Lamb Of God Star To Replace Shawn Drover In Megadeth

Lamb Of God Star Back In Court On Manslaughter Charges