By Andy Peterson in Music Reviews on 11 November 2014

A duo originally from Manchester consisting of Andy Barlow and singer Lou Rhodes, Lamb's defining moment arguably came in 1996 with 'Górecki', the fourth single from their self-titled début album. Operating in a trip-hop niche not exactly renowned for its ability to emote positively, it also seemed to be a commercial breakthrough, with Rhodes' almost childlike vocals giving up feelings of tenderness and devotion that charmed those looking to escape the laddish final throes of Brit pop. 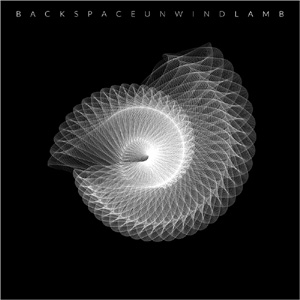 Returns, however, have diminished for the pair since that point, leading to a seven year hiatus between albums which finally ended in 2011. One of the reasons is that both Rhodes and Barlow now have active solo careers, hence also the gap between 'Backspace Unwind' and its predecessor '5', and the music business being what it is these days, they're equally comfortable to now be operating without a label.

So, confident, experienced and happy - what will the results be? The answer depends on your perspective. It's obvious that no boundaries are being pushed: 'Backspace Unwind' continues to use as its base components the dream-like textures of Rhodes' voice set against Barlow's layered programming; this juxtaposition between de-humanised technology and the fragile human ego being their most notable quality. Opening track 'In Binary' is a prime example of this at work, smudged techno beeps running alongside occasional strings, like a lullaby for The Terminator's children.