Lamar Odom had reportedly been training for a basketball comeback before collapsing at a brothel in Nevada this week. 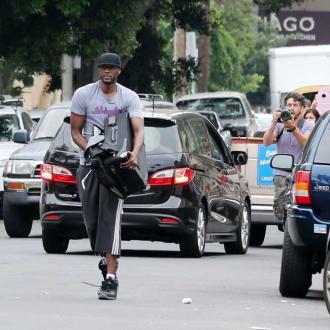 Lamar Odom had been training for a basketball comeback before his collapse.

The 35-year-old former Los Angeles Lakers player was found unconscious in a Nevada brothel, allegedly with ''virtually every drug imaginable'' in his body after partying with prostitutes for four days but friends of Lamar insist he was trying to make a professional comeback.

A source close to the star revealed he had been training at Life Time Athletic gym in Henderson, Nevada, in order to get himself in shape.

Lamar's trainer Fareed Samad told TMZ: ''He moved [to Nevada] because of [pro boxer] Zab Judah, and Zab Judah told him to come here and train with me if he wanted to like, you know, like make his way back to the NBA. Physically, he was doing OK. He was down 35 pounds. He would take, you know, like hiatuses once in a while. It's more mental than physical with him.''

A source told E! News that the basketball star gave the 'Keeping Up with the Kardashians' beauty a thumbs up and said, ''Hey, baby,'' before going back to sleep.