Lamar Odom told his ex-wife Khloé Kardashian he loves her on her 30th birthday yesterday (27.06.14). 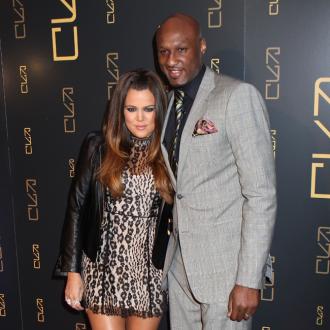 The reality TV star filed for divorce from the 34-year-old basketball player in December, but he still reached out to her on her special day to declare his feelings for her.

A source told the HollywoodLife.com: ''He made contact with Khloé on her birthday, but said it was real, real brief. He just wanted to tell her happy birthday and wish her well on this new decade in her life.

''He even told her he loves her and she said, 'Thank you,' but she didn't say I love you back. He was slightly hurt by that but he understood.''

Despite Lamar's emotional message, Khloé didn't seem to let it put a dampener on her evening as she was spotted partying on a private yacht with her new boyfriend French Montana in New York City.

Meanwhile, Khloé was left devastated last year when her four-year marriage broke down after rumours emerged that Lamar, 34, was addicted to cocaine and had cheated on her multiple times with different women.

The former couple's divorce is yet to be finalised.