Lamar Odom says Khloé Kardashian is ''still my girl'' and claims there is definitely a chance of them getting back together. 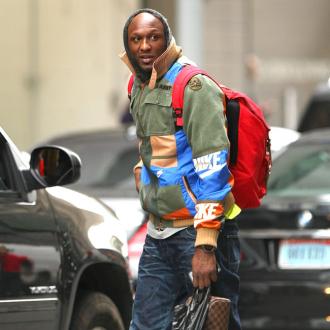 The 35-year-old basketball player, who has yet to finalise his divorce from the 'Keeping Up with the Kardashians' star, who filed court documents seeking to end their four year marriage in December 2013 amid rumours he cheated on her and was addicted to cocaine, has fuelled speculation they are trying to rekindle their relationship.

A judge recently threatened to throw out their divorce filing since they have failed to take any further action to date.

Sources close to the 30-year-old beauty, who has an on-again, off-again romance with rapper French Montana, also claimed she and Lamar still have feelings for one another and are in contact.

She said: ''I don't necessarily believe in divorce, but I do think there are certain reasons why you have to end a marriage. I'm still going through my divorce and I wish I didn't have to do that.